This page is dedicated to those classmates who are no longer with us.
They appear in the order that they left us.

"No farewell words were spoken
No time to say goodbye
You were gone before we knew it
And only God knows why," 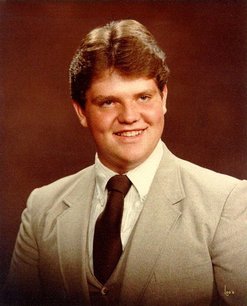 Funeral services for Mark Stafford were conducted at 10 a.m. Saturday, Feb. 22 in the Gill Memorial Baptist Church with the Rev. William Ritchie and the Rev. James Hartman officiating.  Graveside services were conducted at 3 p.m. Saturday in the Riverview-Sweaney Cemetery with interment there.  Local arrangements were under direction of the Cantlon Funeral Home.   Mark Stafford, son of the late Lewey Stafford and Mary (Harrison) Stafford was born on May 22, 1966 at Marshall and died Wednesday, Feb. 19 at Kansas University Medical Center in Kansas City.  He was 19 years, eight months and 27 days of age.  He was a member of the Gill Memorial Baptist Church.  He had lived his entire life in Marshall and had farmed in Saline County.  He was a 1984 graduate of Marshall High School.  He is survived by his mother, Mary Stafford, Marshall; two brothers, Jeff and Craig Stafford, both of Marshall; nine sisters: Wilma and Wanda Stafford, both of Lee's Summit,; Willa Stafford, Kansas City; Juanita Aulgue, Burbank, Ill,; Judy Beohmer, Jefferson City; Joyce Leimkuehler, Jeannie Fann, Jane and Jill Stafford, all of Marshall. 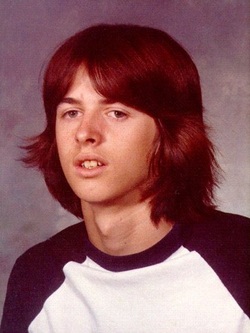 Gerald Alan King, 29, of Stacy, Minnesota, former resident of Marshall, Mo., died July 4, 1994 in Minneapolis, MN.  He was born April 14, 1965 in Miles City, MT, a son of Dean King and Diana Rodriquez.  He graduated from Marshall High School in 1984.  He served four years in the United States Army.  On November 28, 1987 he married Tabitha Painter in Colorado.  They moved to Stacy, MN, where he owned his own auto shop.  He is survived by his wife, Tabitha, of the home and two daughters, Crystal and Kara.  His survivors also include his parents, Dean and Joyce King of Miles City, MT and Diane and Ray Rodriquez of Conrad, MT; one brother, Ron King of Great Falls, MT; one sister, Kathy Mills of Marshall, MO; half-brother, Ray Rodriquez of Conrad, MT; half-sister, Nancy King of Miles City, MT; and several aunts, uncles, and cousins. Jerry was preceded in death by his grandparents, Ralph E. and Doris King.  Jerry will be sadly missed by family, friends, and constant companion, J.D.  Services were held on Wednesday, July 6, 1994 at the Grandstrand Funeral Home, North Branch, Minnesota.  A memorial service was held on Saturday, July 23, 1994 at 12:00 at the American Legion, Marshall, Missouri. 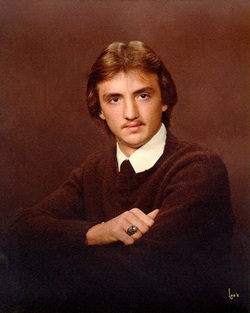 Greg S. Makings, 28, of Oklahoma City, Oklahoma, a former Marshall resident, died Thursday, October 13, 1994, at his home.  Born June 11, 1966, in Marshall, MO., he was the son of the late Lyle E. Makings and Willie Mae Wyrick Makings, who survives of Marshall.  On July 6, 1991, in Kansas City, MO., he married Leigh Ann Persinger.  He had lived in Marshall most of his life, moving to Oklahoma City in April of 1992.  He was a 1984 graduate of Marshall High School and had worked as a maintenance engineer for Normac Foods, Inc., in Oklahoma City.  He was a member of the First Baptist Church.  Additional survivors include two brothers, Tom Makings of Oak Grove, MO., and Frank Makings of Marshall; two sisters, Susan Aulgur and Mrs. Chris (Joedy) Darling of Marshall; and several nieces and nephews.  Services will be held 10:30 a.m., Tuesday, October 18, 1994 at the Campbell-Lewis Chapel.   Rev. Vernon Maxted will officiate.  Interment will be a Ridge Park Cemetery. 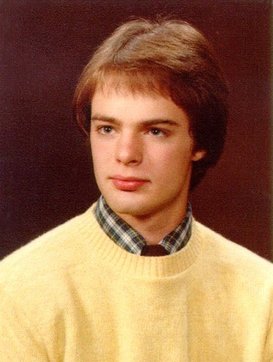 Garrett Chad Hardison, 28, of Kansas City, MO. formerly of Marshall, died Monday, March 10, 1995, Near Neola, Iowa.  Funeral services will be held at 2:30 p.m., Friday, March 24, at Our Redeemer Lutheran Church.  Rev. Douglas A. Dubisar will officiate.  Burial will be in Sunset Memorial Gardens Cemetery.  Visitation will be from 7 to 8:30 p.m. Thursday at Campbell-Lewis Funeral Home.  Memorials are suggested to the church.  Born June 24, 1966, in Marshall, he was the son of William Garrett (Gar) and Jeretta Ann Hellwege Hardison, who survive of Marshall.  He was baptized on July 10, 1066, at our Redeemer Lutheran Church in Marshall, MO.  On Mach 30, 1980, he confirmed his faith at Our Redeemer Lutheran Church.  He lived in Marshall most of his life, moving to Kansas City a few years ago, and he was a member of Our Redeemer Lutheran Church.  He was a 1984 graduate of Marshall High School.  He graduate from Northeast Missouri State University in Kirksville, MO., in 1989 and was attending DeVry Institute in Kansas City.  He belonged to the Piano Technicians Guild in Kansas City.  Additional survivors include a brother, Gregg Hardison of Niceville, Fla.; a sister, Mrs. Greg (Leslie) Joyce of Nazareth, Penn.; maternal grandparents, Oscar and Stella Hellwege of Marshall; two nieces; and uncle and two aunts; and several cousins. 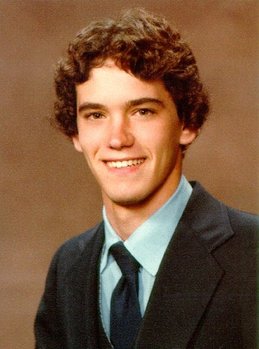 Delbert Leonard Willis, 31, of Lincoln, MO., formerly of Marshall, died Monday, April 21, 1997 at his home.  Funeral services will be held at 11 a.m., Saturday, April 26, at Davis-Miller Funeral Home in Lincoln.  Burial will be in Sunnyside Cemetery in Lincoln.  Born May 12, 1965, in Marshall, he was the son of Sammy E. Willis of Lincoln and Susan K. Case Willis of Leavenworth, Kansas.  He lived in Saline County for many years and moved to Lincoln in 1993.  He was employed as a Mill Wright for the Fluor-Daniel Company in Lincoln and was working on a project at Kelsey-Hayes in Sedalia, MO.  Additional survivors include two daughters, Taylor Marie Willis of the home and Charlene Morgan Willis of Batesville, Ark.; as sister, Pamela Kay Willis of Branson, MO.; and a paternal grandmother, Nina Willis of Slater. 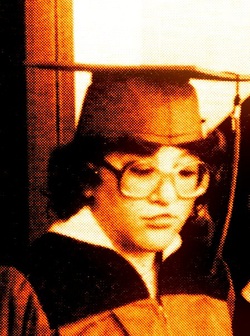 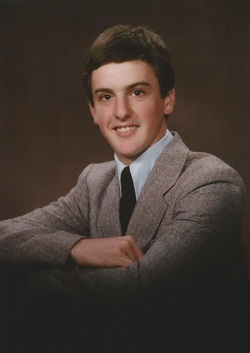 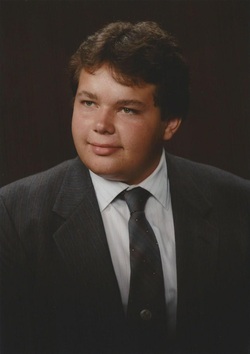 
Derek Edward Julien, 41, of Marshall, died Monday, April 30, 2007, at University Hospitals & Clinics in Columbia.  Funeral services will be held at 1:30 p.m. Thursday, May 3, 2007, at Campbell-Lewis Chapel in Marshall. Fr. Michael Penn and William W. Harlow will officiate. Visitation will be held from 6 to 8 p.m. Wednesday at the funeral home. Burial will be in Ridge Park Cemetery in Marshall. Memorials may be made to the Dialysis Clinic Inc. of Columbia or Children's Hospital at University Hospital.  Born March 26, 1966, in Marshall, he was the son of Don Julien and Julie Deems Julien, who survive of Marshall. He had lived in Marshall his entire life and was a Lutheran. He was a 1984 graduate of Marshall High School and was employed at Deems Farm Equipment for many years.  Additional survivors include one sister, Tawnya Neal of Kansas City; and one nephew, Logan Neal. 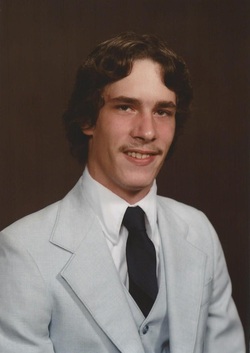 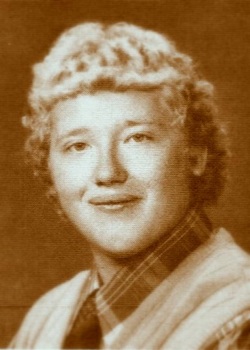 Dewayne Meyer, 45, of Marshall, died Sunday, Nov. 28, 2010, at University Hospital and Clinics in Columbia. Memorial services will be held at 2:30 p.m. Thursday, Dec. 2, 2010, at United Pentecostal Church in Marshall, with Rev. Pete Swaringam officiating. Visitation will be held from 1:30 to 2:30 p.m. Thursday at the church. Memorials may be made to family choice. Burial will be in Sunset Gardens Cemetery in Marshall. Friends may sign the online register book at www.campbell-lewis.com. 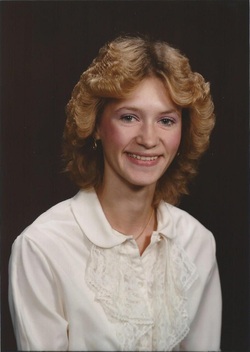 Joyce Elaine Huff Robison, 46, of Marshall, died Wednesday, June 27, 2012, in rural Saline County.
Memorial services will be held at 11 a.m. Tuesday, July 3, 2012, at Campbell-Lewis chapel in Marshall. Visitation will be one hour prior to the service at the funeral home and memorials may be made to family choice. An online guestbook is available atwww.campbell-lewis.com.
Born Dec. 16, 1965, in Marshall, she was the daughter of James Leroy Huff, who survives of Marshall, and the late Earlene Hursman. She had lived in Marshall all of her life where she was a cook and member of Bethany Baptist Church.
In addition to her father, she is survived by one son, Ricky Case of Brunswick; two daughters, Kayla Case of Marshall and Rachel Wise of Macon; six grandchildren; two sisters, Lisa Berger of Marshall and Delores Hall of Houstonia; two brothers, Billy Garrison of Sedalia and Mitchell Garrison of Sweet Springs; along with several nieces and nephews.
In addition to her mother, she was preceded in death by her stepmother, Judy Pannell Huff, and one brother, James Huff Jr. 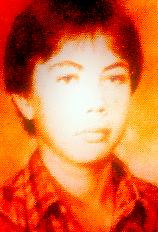 Memorial services will be held at 11 a.m. Monday, April 29, 2013, at Campbell-Lewis Chapel in Marshall, with William W. Harlow officiating. Visitation will be one hour prior to the service. Memorials are suggested to Community Cancer Center and an online guestbook is available at www.campbell-lewis.com.

Born Oct. 4, 1965, in Marshall, he was the son of Charlie Tichenor Sr. of Marshall and Sandra Lee Hicks Johnson of Houston, Texas. He had lived in Saline County most of his life where he was a carpenter, and a member of the N.R.A.

In addition to his parents, he is survived by his companion, Tina Gaddy of the home; her children, Jenny, LaTisha and Michael; their grandchildren, DaShawn, DeVonte, Jared, Dawayne, Trinity and Darius; one sister, Teresa Lynn Yokeley of Marshall; one brother, Justin Cole Tichenor of Marshall; a half-sister, Jamie Johnson of Texas; paternal grandmother, Nellie Tichenor Opfer of rural Marshall; maternal grandmother, Helen Cramer of Sedalia; four nephews, Brett, Conner, Pierson and Lane; one niece, Jaiden Cooper; and one great-nephew, Avry.

He was preceded in death by his grandfathers. 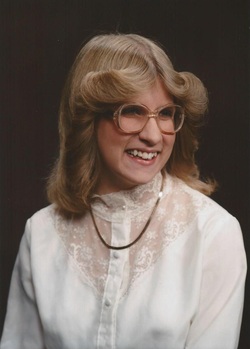 Teresa Mae England Riefle, 47, lost her battle with cancer on Wednesday, July 10, 2013, at University Hospital in Columbia, Missouri. Born January 17, 1966, she was the daughter of Lawrence and Shirley England of Marshall. She was a 1984 graduate of Marshall High School, where she was a member of FHA and Girls’ Glee. She was married to Gary Riefle, who survives of the home. She lived in Waverly, MO and worked at both Carrollton Specialties in Carrollton, MO and Apple Ridge Nursing Home in Waverly, MO. She loved movies, word puzzles, and cooking. In addition to her parent s and husband, she is survived by her two children, Rory and Megan Hager, both of Marshall; one brother, James “Chris” England and his wife Christy of Marshall and their children Robbie, Shelby, and Connor; her grandmother, June Asher; and her step-grandmother, Jane Riley. 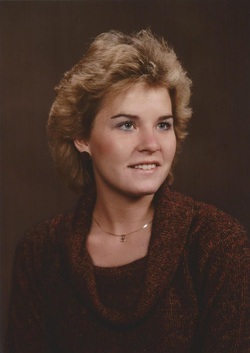 Memorial service will be held at 1:30 p.m. Saturday, Feb. 1, 2014, at First Christian Church in Marshall, with the Rev. Loy Hoskins officiating. Visitation will be held from 6 to 8 p.m. Friday, Jan. 31, 2014, at the church. Inurnment will be in Ridge Park Cemetery in Marshall. Memorials may be made to Fitzgibbon-Mary Montgomery Hospice in care of Campbell-Lewis Funeral Home in Marshall. Friends may sign the online register book at www.campbell-lewis.com.

Born Oct. 13, 1965, in Clinton, she was the daughter of F. Dwain Hall and Joyce Laxson Hall, who survive of Marshall. She was a 1984 graduate of Marshall High School, attended Southwest Missouri State University and Missouri Valley College. On Sept. 19, 1995, she married Chris Jakubin, who survives of the home. She returned to Marshall in 2013, moving from Colorado Springs, Colo., and was a member of First Christian Church in Marshall.

In addition to her parents and husband, she is survived by two sons, Lukas Jakubin and Aidan Jakubin of the home; two sisters, Paige Clouse and her husband, Greg, of Marshall and Courtney Hall of Marshall; nieces and nephews including Kaitlin McDaniel, Garrett Clouse, Sadie Jones and Jayce Jones; and several aunts, uncles and cousins.